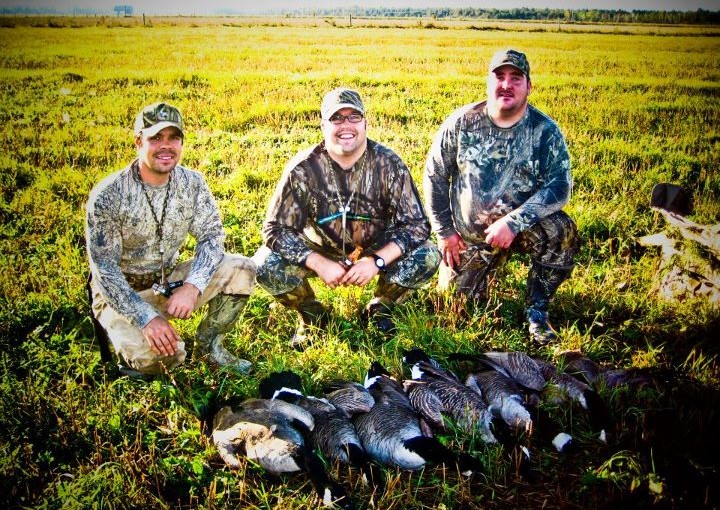 Angry clouds and teeming rain were my constant companions as I made the drive from Mississauga to Lion’s Head.  The opening of duck season, and the re-opening (after a five day hiatus) of goose season, loomed a mere 12 hours away.   We call it the “Double Opener Weekend” and it is cause for celebration and anticipation in our little group of diehard waterfowlers.  The weather was dirty, and the tiny engine of my Pontiac commuter car whirred loud in protest as I lashed it onward against crosswinds and standing water on Highway #6.  I already knew that this was to be the last Double Opener Weekend for the little hatchback, and it was stuffed to the gills with a layout blind, boots, snacks, beverages, and the various and sundry clothing, accessories, and bric-a-brac that weighs down a waterfowler’s vehicle and lays waste to their fuel economy.

I was battling the onset of a head cold and felt the pressure and fullness of it growing around my eyes and nose.  The barometer was playing see-saw and my sinuses and ears were alternating between drained and bursting for the duration of the three hour tour up to the camp.  I gnawed on jalapeno beef jerky and sipped fresh orange juice (a flavor sensation if there ever was one!) before stopping in to have a friend’s wife trim what meager hair I have remaining.  I sat and had a visit with them and their two children, before I stole my friend from his home and made my way to the cabin with him.

The cabin was raucous with the sounds of over twenty grown men laughing and telling stories, all shouting to be heard and trading innocuous verbal jabs at one another’s flaws, spouses, jobs, education, and hunting abilities.  The remains of what was once a few pizzas sat on a table while the rest of the spread consisted of chips and dip.  We shared drinks, cigars, stories, jokes, and remembrances, and we eventually devised the plans for the morning hunt.  Everywhere you looked there was wide-eyed joy and anticipation, good times, and that vague generalization known as “male bonding”.  I had been unable to attend last year and as I stood with one of my fellow hunters, each with a heavy arm around the other’s shoulder I was asked “Did you miss this?!”  My answer?