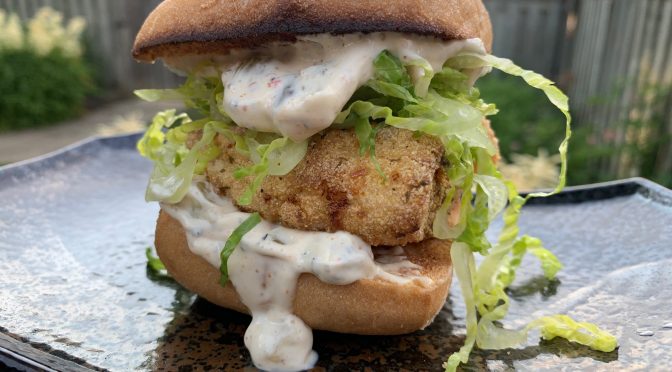 Fishing has always been a great family past time for us.  I have so many great memories catching loads of Bluegill and Crappie on Lake Benton in Southern Illinois with my Dad and Grandpa and am now passing on the tradition to my children with many fun filled days on the Kawartha’s in Ontario fighting some of our favourite fish to catch, Smallmouth Bass.

While the majority of fishing I do now is catch and release it’s nice to enjoy a fresh caught shore lunch or fish dinner from time to time to reward a hard days work on the water.   Here’s a great and simple way to spruce up your traditional fried fish sandwich with a remoulade that packs just the right amount of heat!

1.  Mix all of your ingredients for the Kik-a-boo Remoulade sauce together and refrigerate while you are prepare and fry your fish. 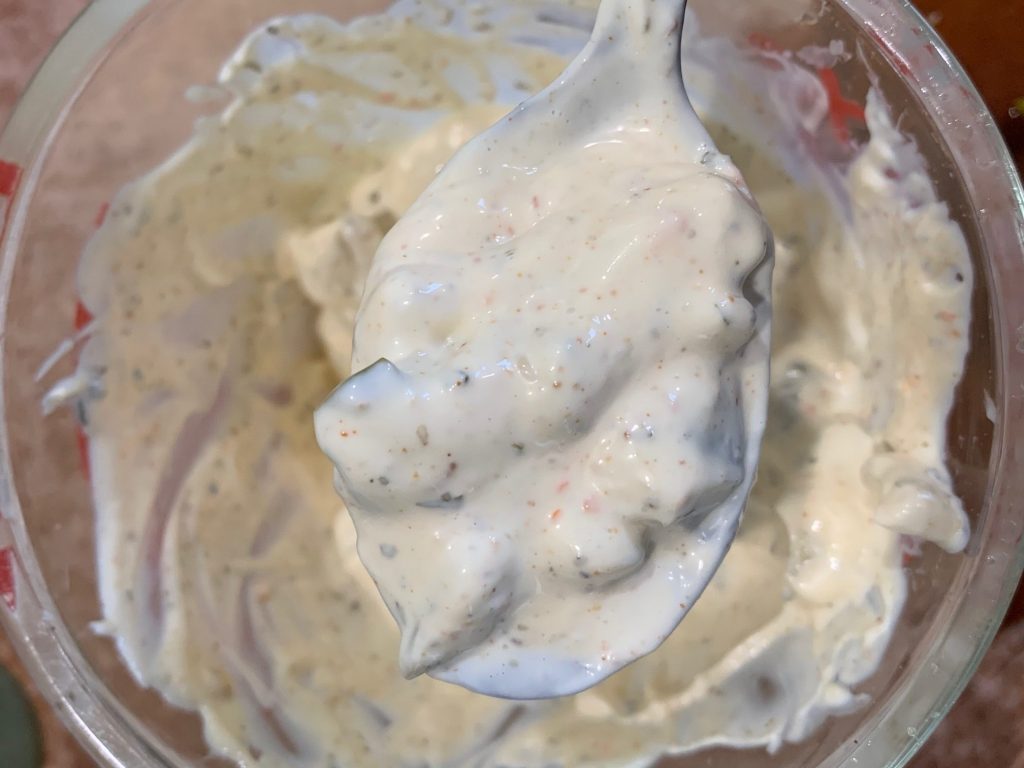 Check out the Kik-a-boo Shop –> HERE 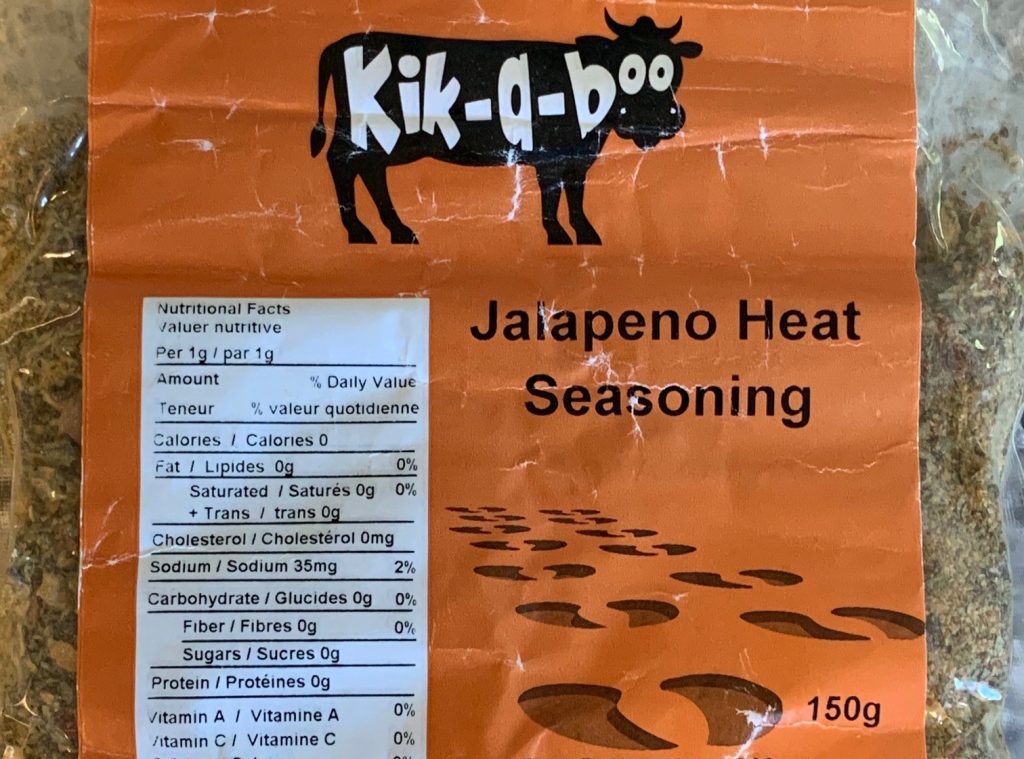 2.  Cut your Bass Fillets into 3″ sections or long enough to fit your bun of choice and pat dry. 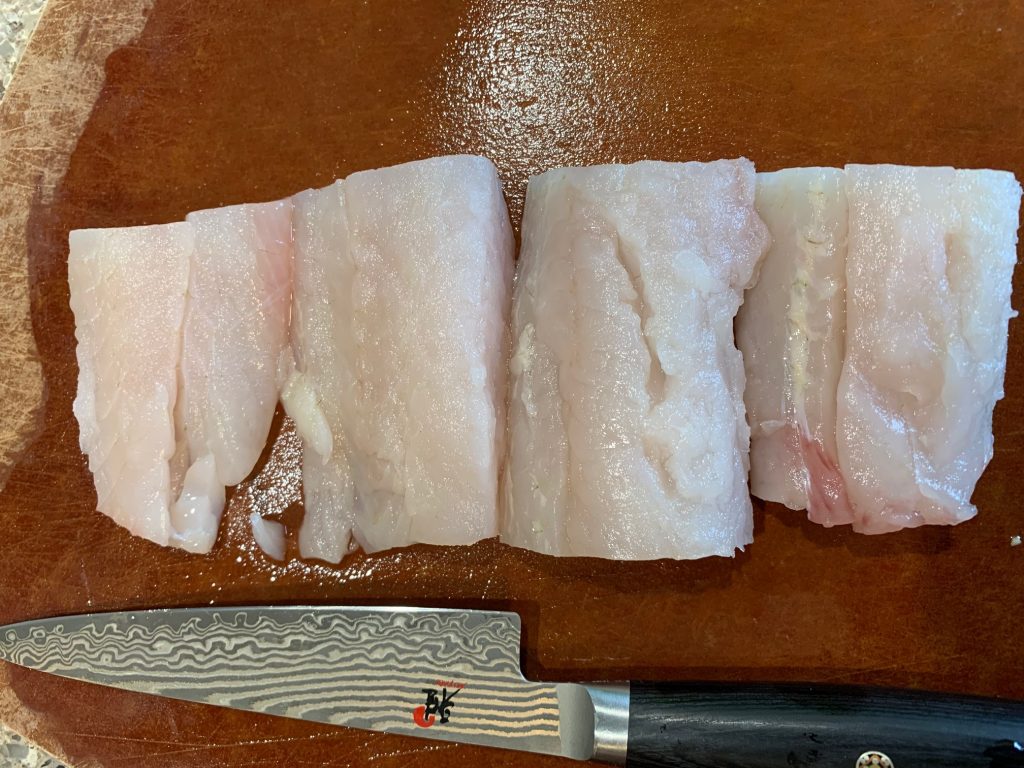 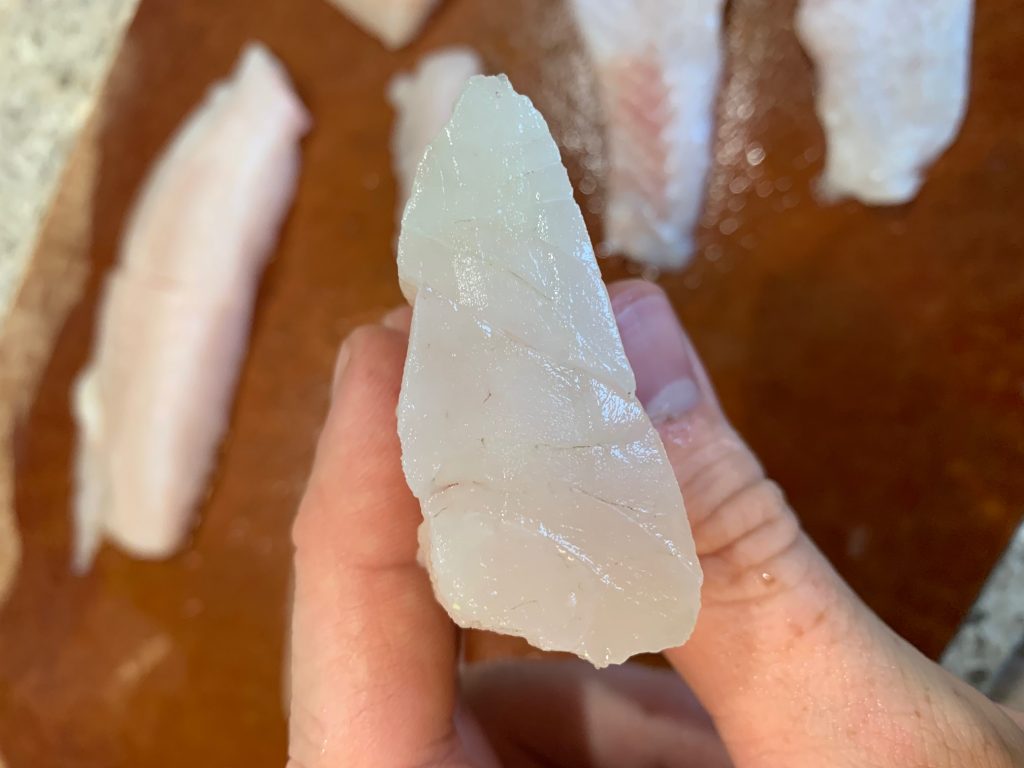 3.  Mix together the whole milk and fresh lemon juice and marinade your bass fillets for 5 minutes. 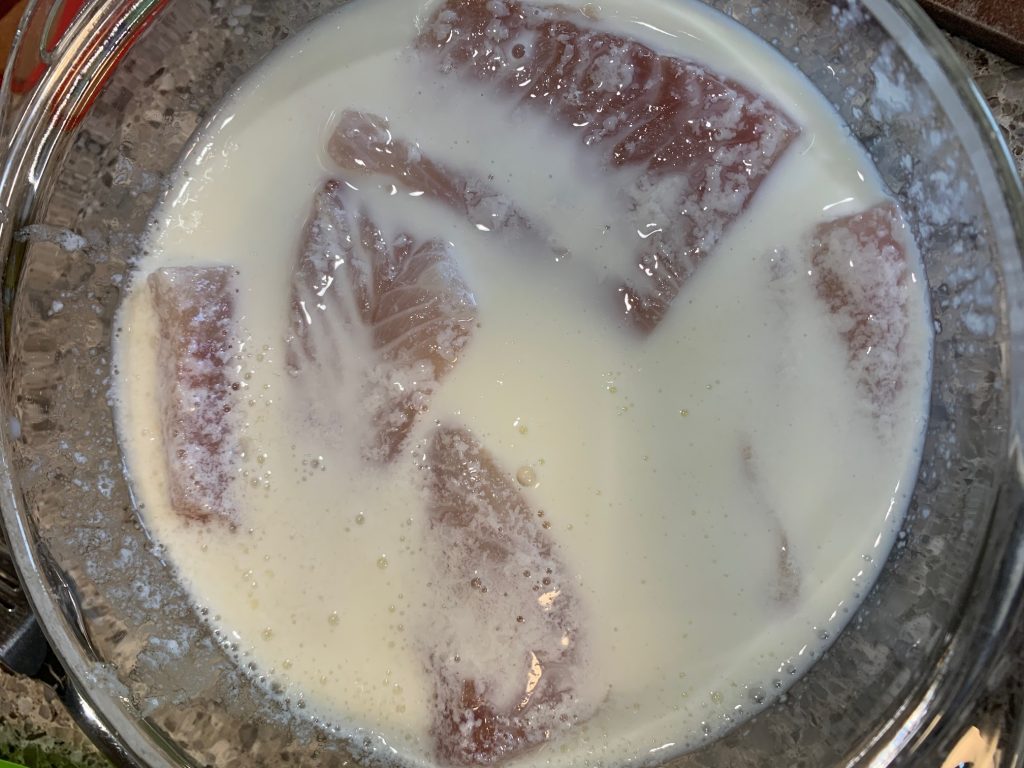 After 5 minutes drain off any excess milk 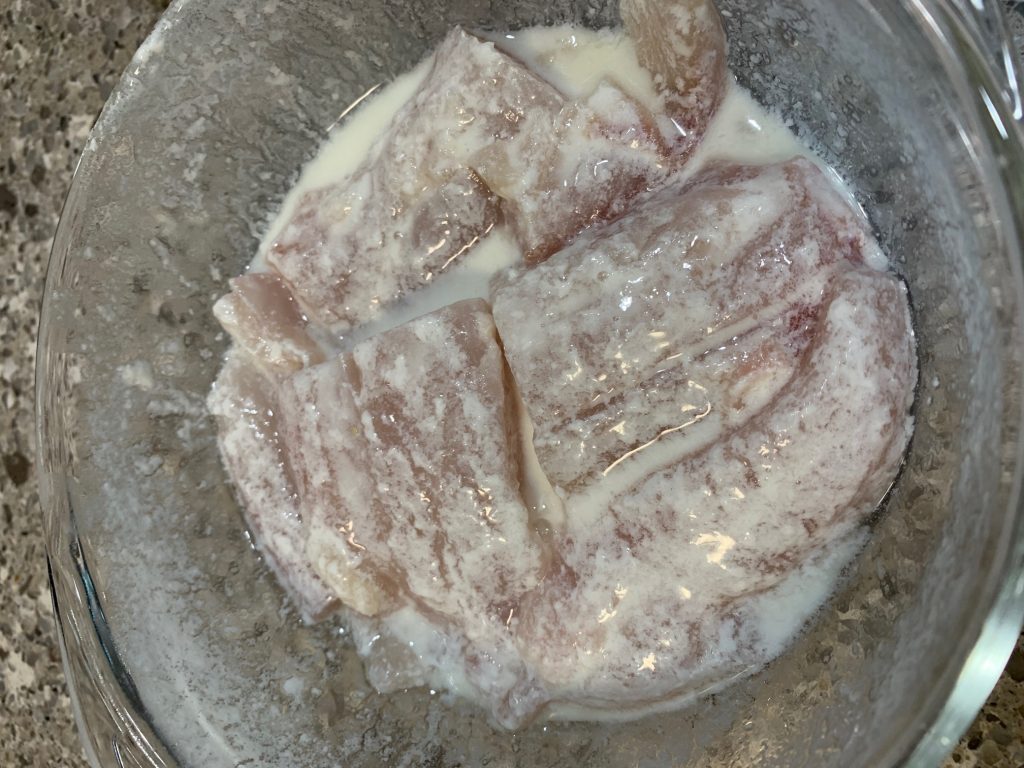 4.  While your Bass is marinating measure off and mix your fish crisp in a large flat dish or dinner plate 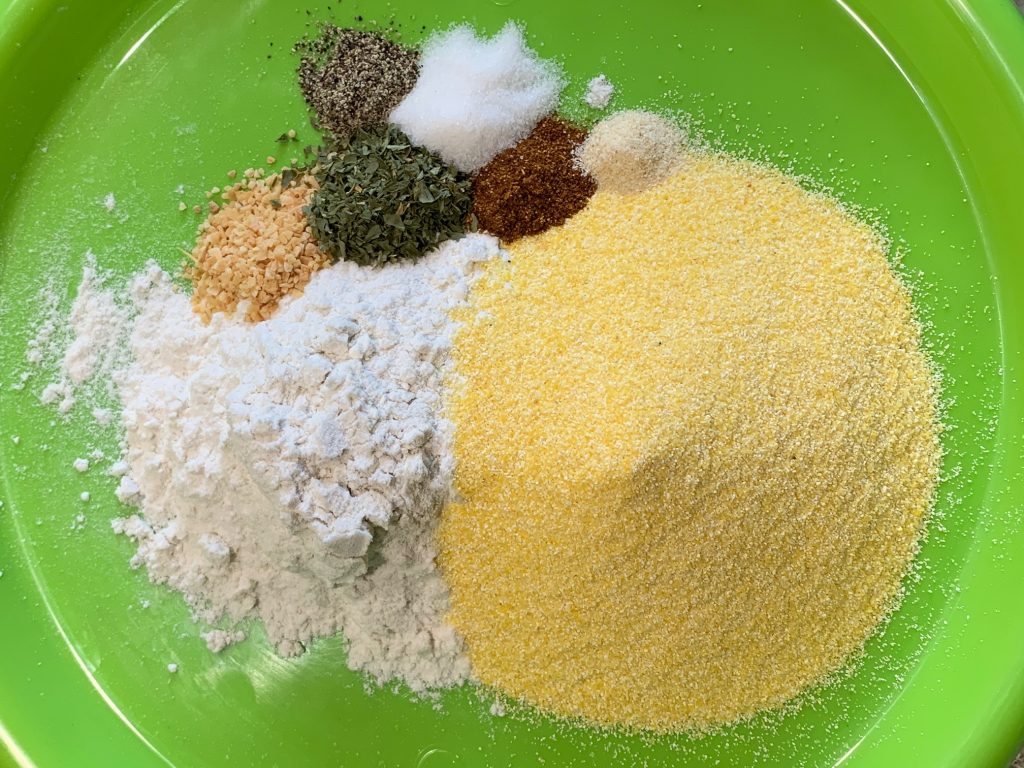 5.   Dredge fish until it is coated evenly on all sides 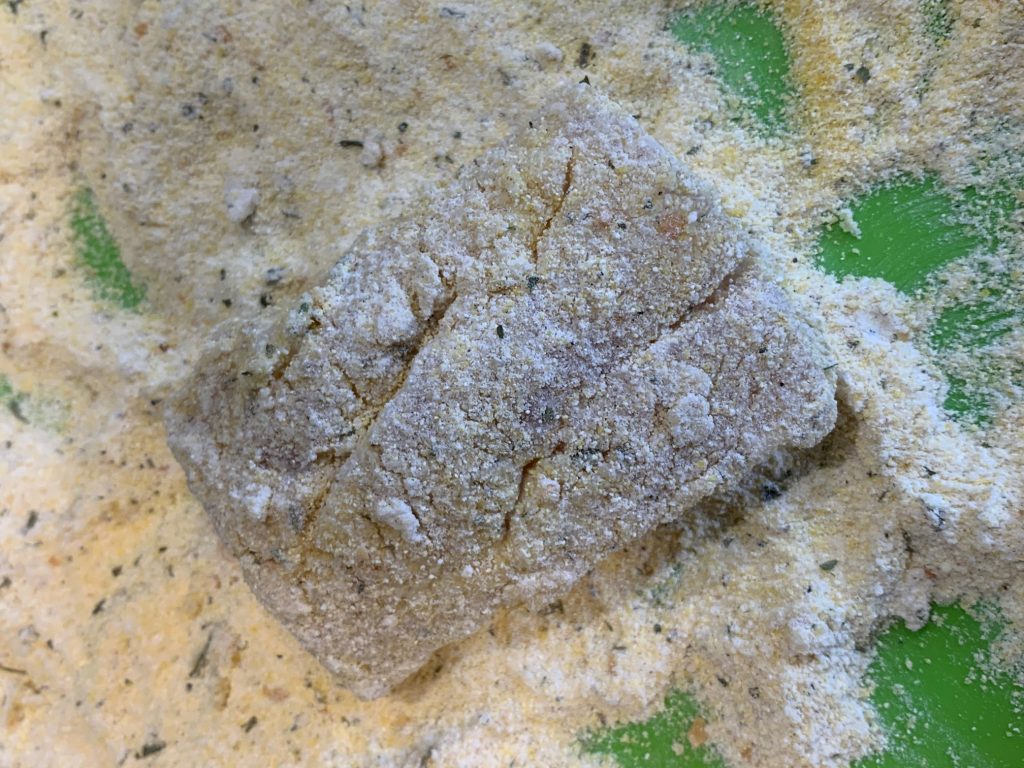 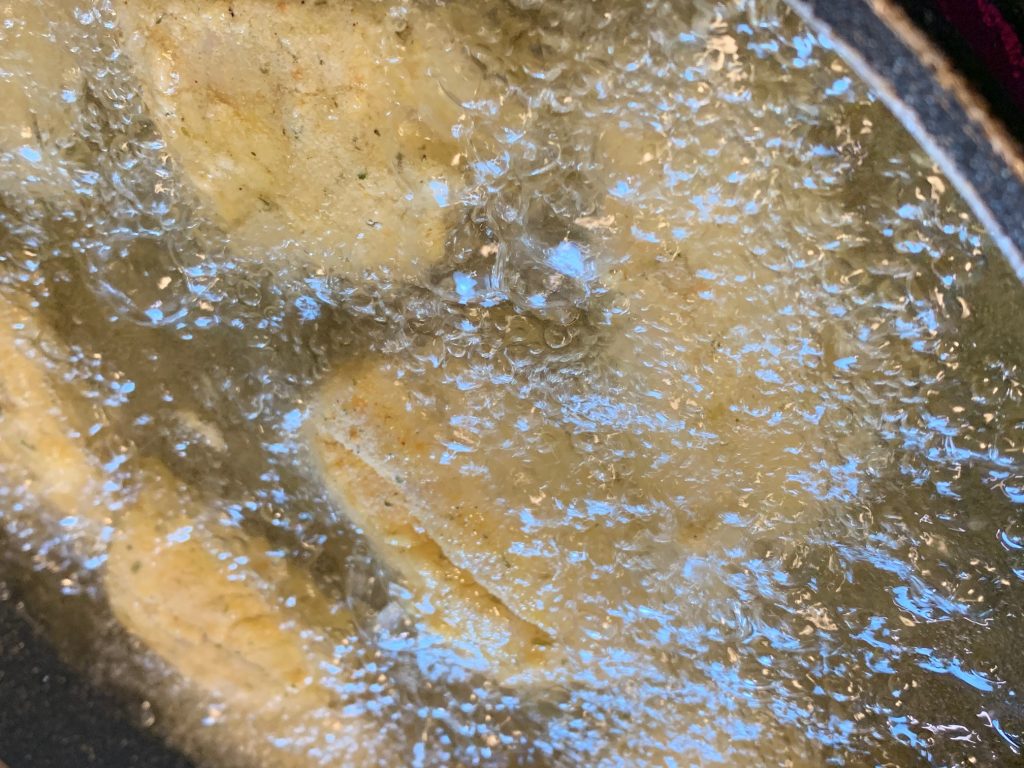 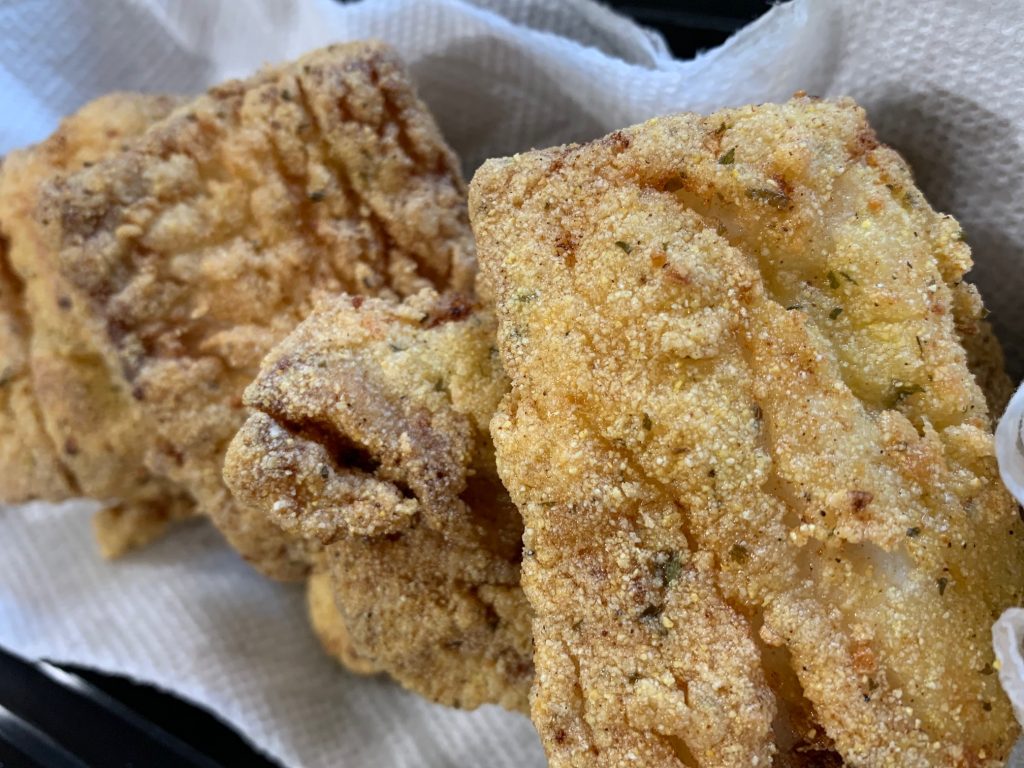 7.  Toast and lightly butter your Ciabatta buns, add a healthy portion of Kik-a-boo Remoulade on both sides of the bun, add shredded lettuce, fried fish and ENJOY! 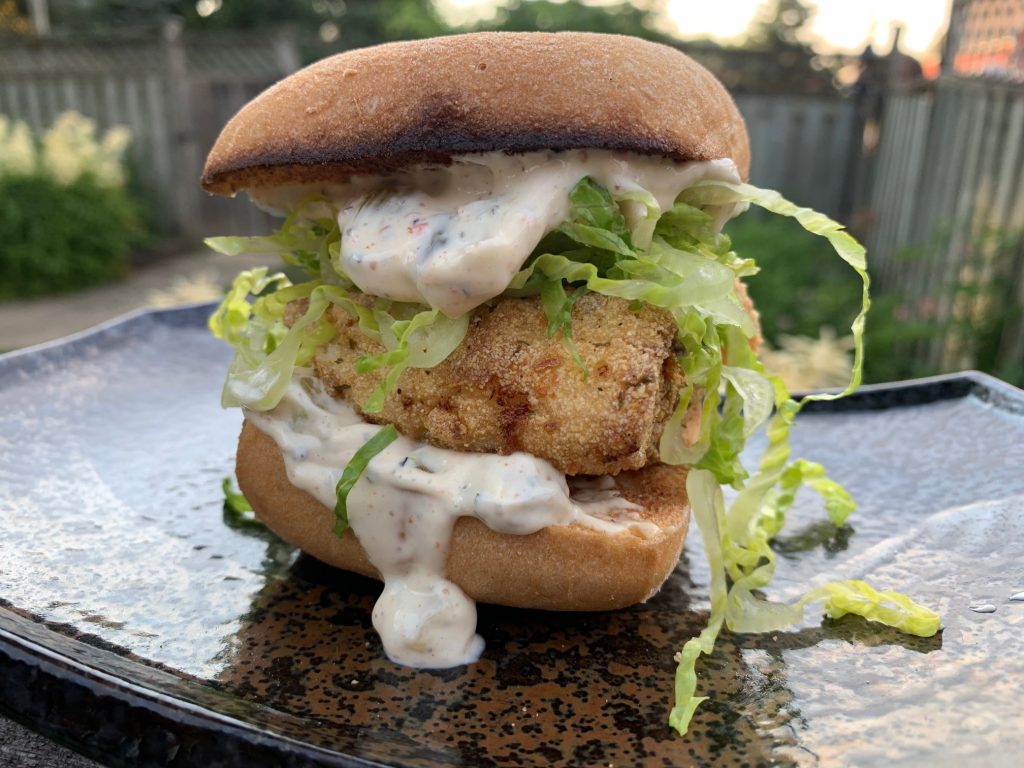 This also makes a great side dish or appetizer! 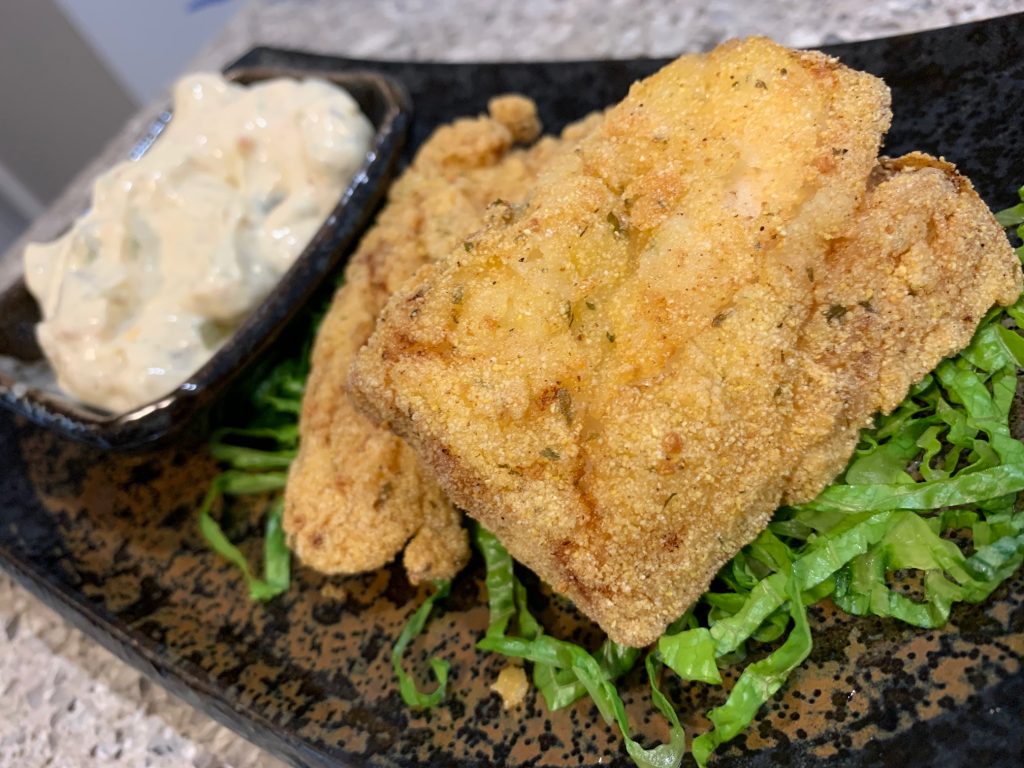 So there you are. You have black bear steaks in hand, and you march over to your grill. You have heard of trichinosis in black bears and you are experiencing an existential crisis. Maybe you are even having irrational panic of contracting some other unknown illness from undercooked wild game. So, you put those steaks on the grill for a hard sear. You flip them, and press them, and hell, you maybe even cut into them to see how “done” they are. They are still red, so you close the grill cover and wait. Then you check again. Still too pink for your comfort level. Maybe you run in and get a meat thermometer or check the Google machine to research foodborne illnesses, but by the time you’ve done all those things, your poor bear steak is well-done, blackened on the outside and grey and flavourless on the inside. But since you shot it, you choke it down like the ethical hunter you are and then you resolve to not eat bears again.

It is okay, that’s natural, and this happens all the time. But it does not have to be this way, and you are not doomed to a life of choking down overcooked, tough-as-shoe-leather, ashy bear meat. Properly cooked black bear meat is high on my list of the finest wild game a person can consume and with steaks, you can get them perfect every time.

All you need is a sous-vide or immersion cooker, patience, and a trust in science. Armed with those things you can make one of the most delicious and tender wild game dishes you have ever had. 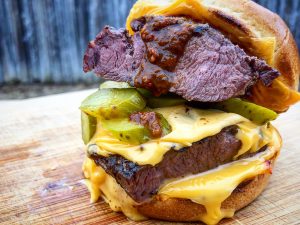 6 slices of processed cheese (3 per sandwich)

Any other optional toppings and condiments you prefer

What can we say? This sandwich blew our minds. The toasty buns with the melty cheese and the absolutely perfectly done, juicy and tender bear meat was just a higher level of awesome than we were prepared for. The pickles and hot sauce were bright and offset the richness perfectly. This was a sunny-day burger that screamed out to be paired with a cold beer, which is what we did.

After we made this sandwich, we posted some pictures and a review on a couple of wild game social media sites. While the feedback was overall to the positive, we were still a bit surprised by how many people came back to chide us for under-cooking our bear meat and that were warning us about how sick we were going to get. Multiple reputable sources stated that the “kill temperature” for trichinosis was in the 135-140 degree range, so we went just a bit beyond that to 145 and held it for two hours there. We were confident that we would be fine.

That was two months ago, and we have had no issues at all, so the lesson may be to exercise patience and trust the science. Still, that reaction speaks to a lot of the fear and misinformation around eating black bears and if we can do our part to dispel some of those myths, we are happy to do so.

While hunting we enjoy taking advantage of seasonable edibles and turning them into some delicious home dishes that often accompany freshly harvested wild game.

If you have a secret spot to harvest your wild ramps, come across them while spring turkey hunting or have them gifted to you from a fellow forager there are a wealth of great recipes for you to look up and try… Here’s one of them. 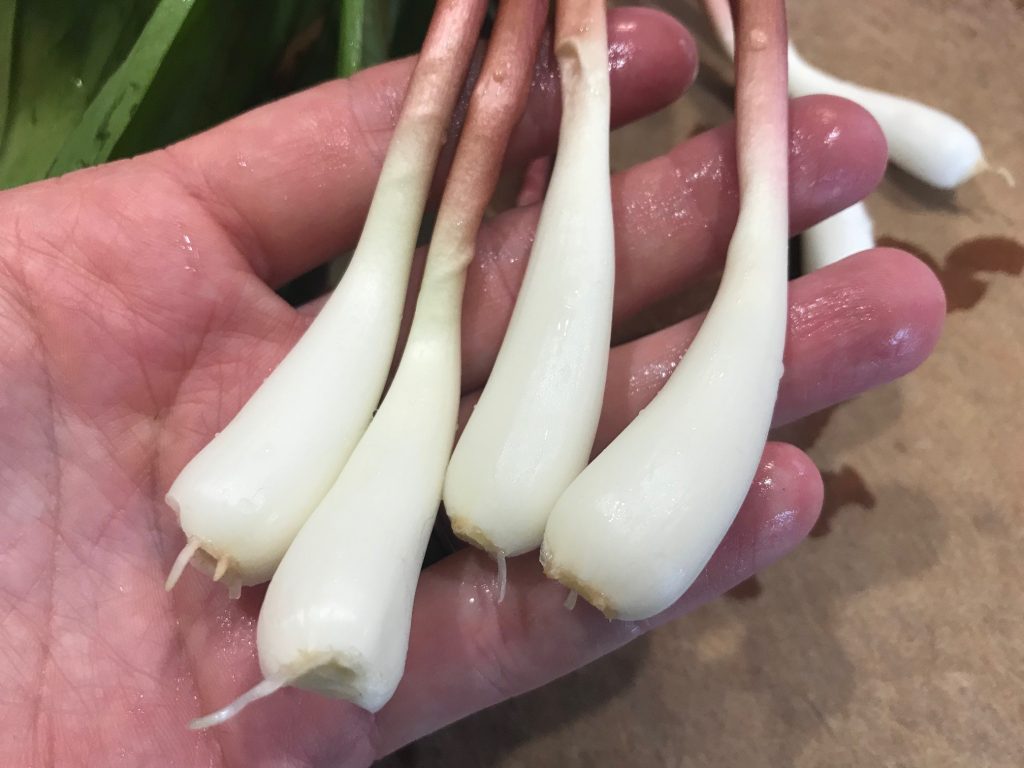 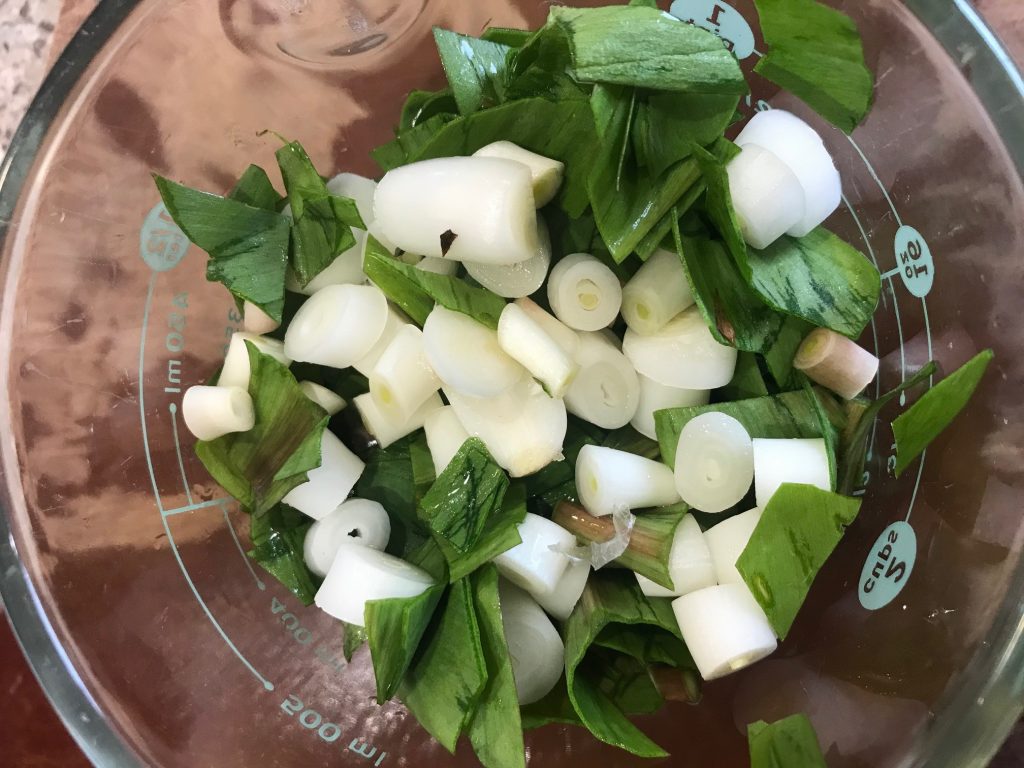 When storing fresh ramps we suggest cleaning them immediately, drying them and sealing them in a Ziploc or air-tight freezer back and placing in the vegetable drawer of your refrigerator.  If you are not using them within 2-3 days you can freeze them for use at a later date. 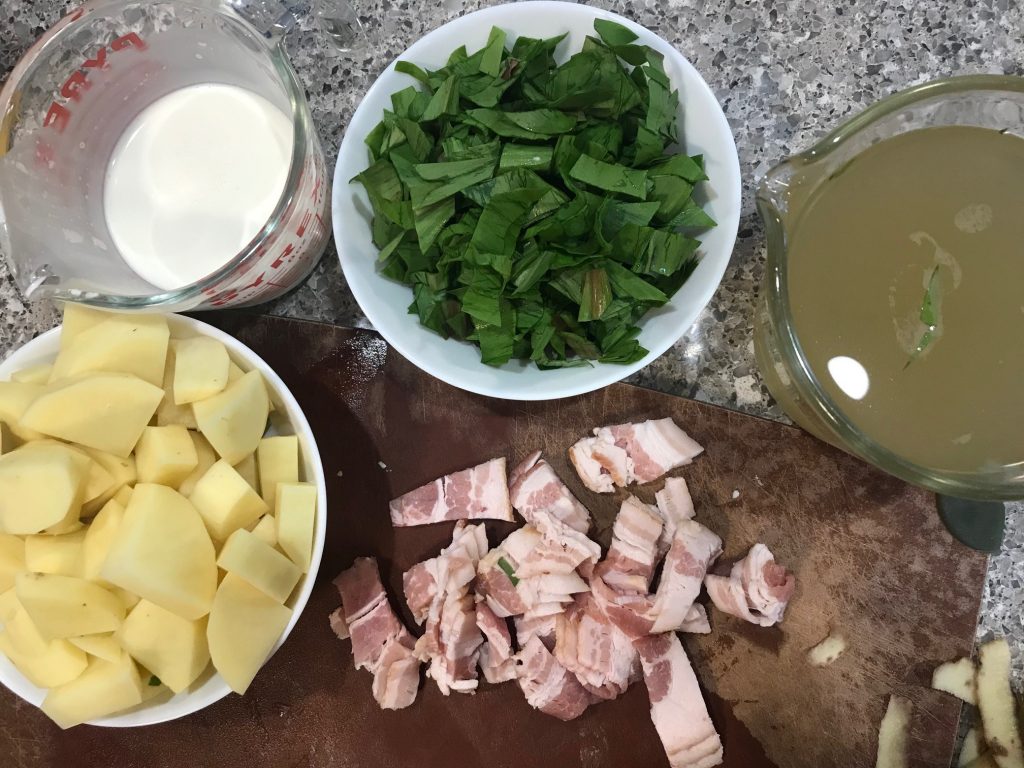 2. In a Medium or Large Skillet crisp bacon and set aside.  Add chopped ramps and potatoes to bacon grease and cook on medium heat until the ramps are tender. 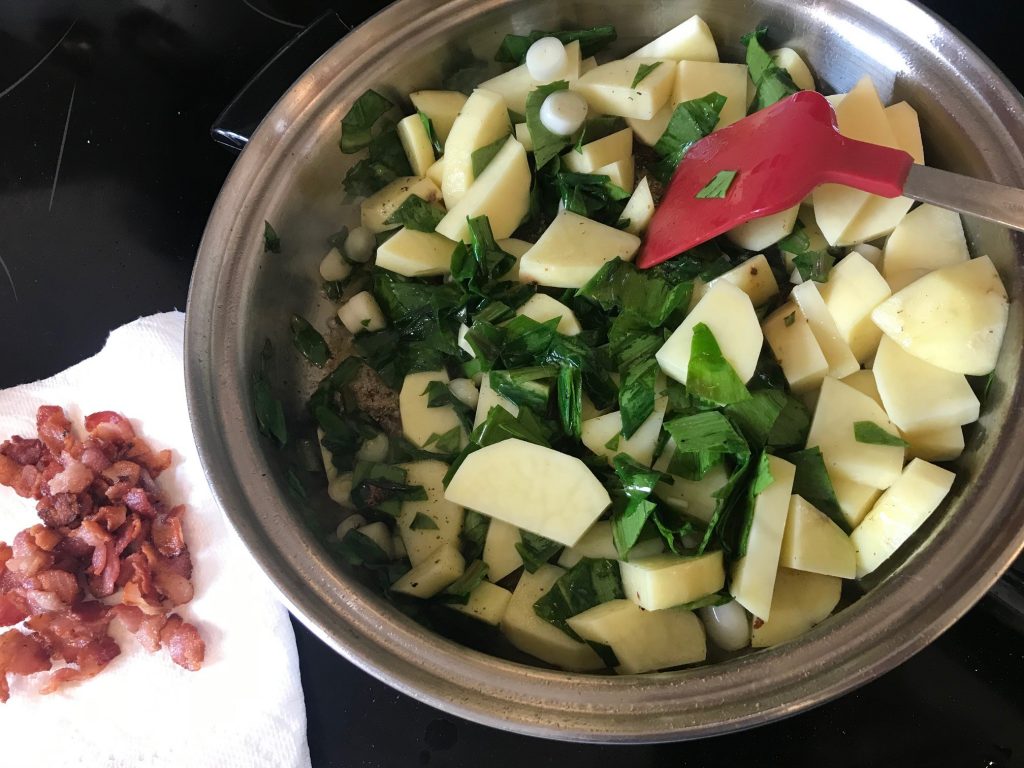 3. Once the ramps are tender mix in your flour and slowly add in your Chicken Broth and bring to a boil.  Reduce heat again and simmer until the potatoes are cooked through. 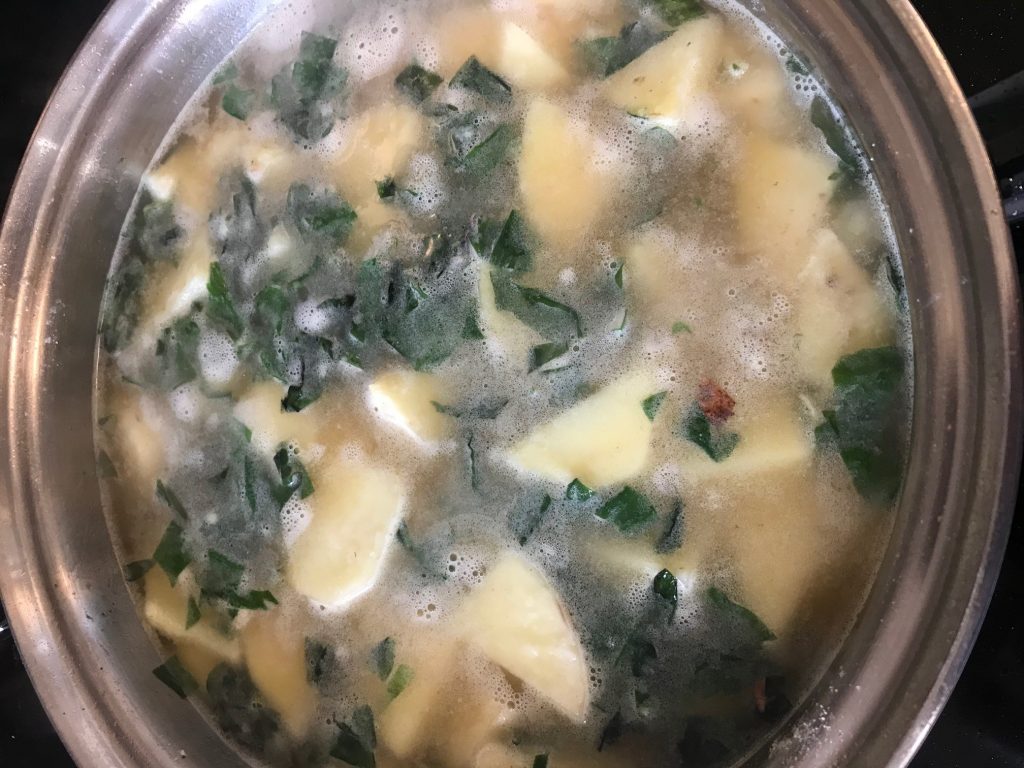 4.  Once your potatoes are cooked through add in your heavy cream, salt/pepper or additional spices to taste.  Be careful to avoid boiling your cream during this step.

5. Serve your soup hot topped with your crisped bacon or store in the fridge and serve cold at a alter time. 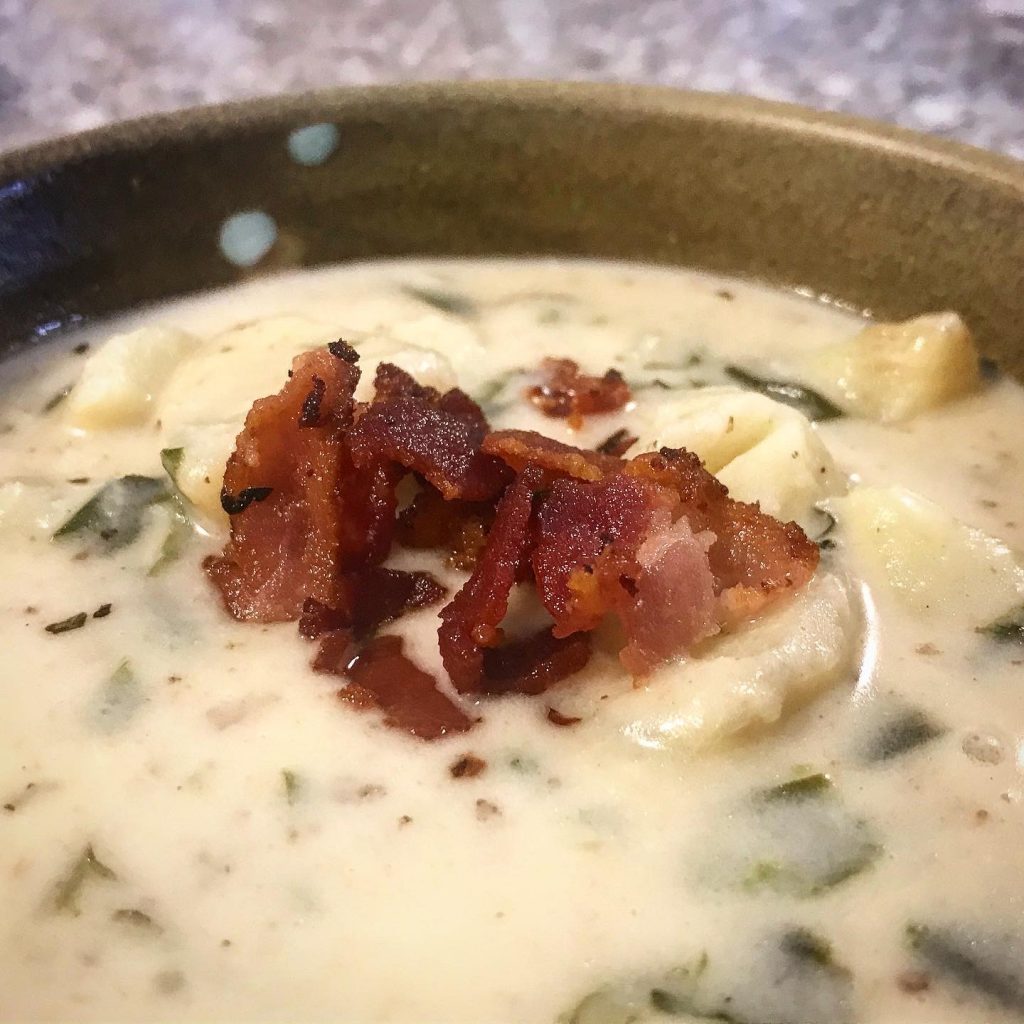 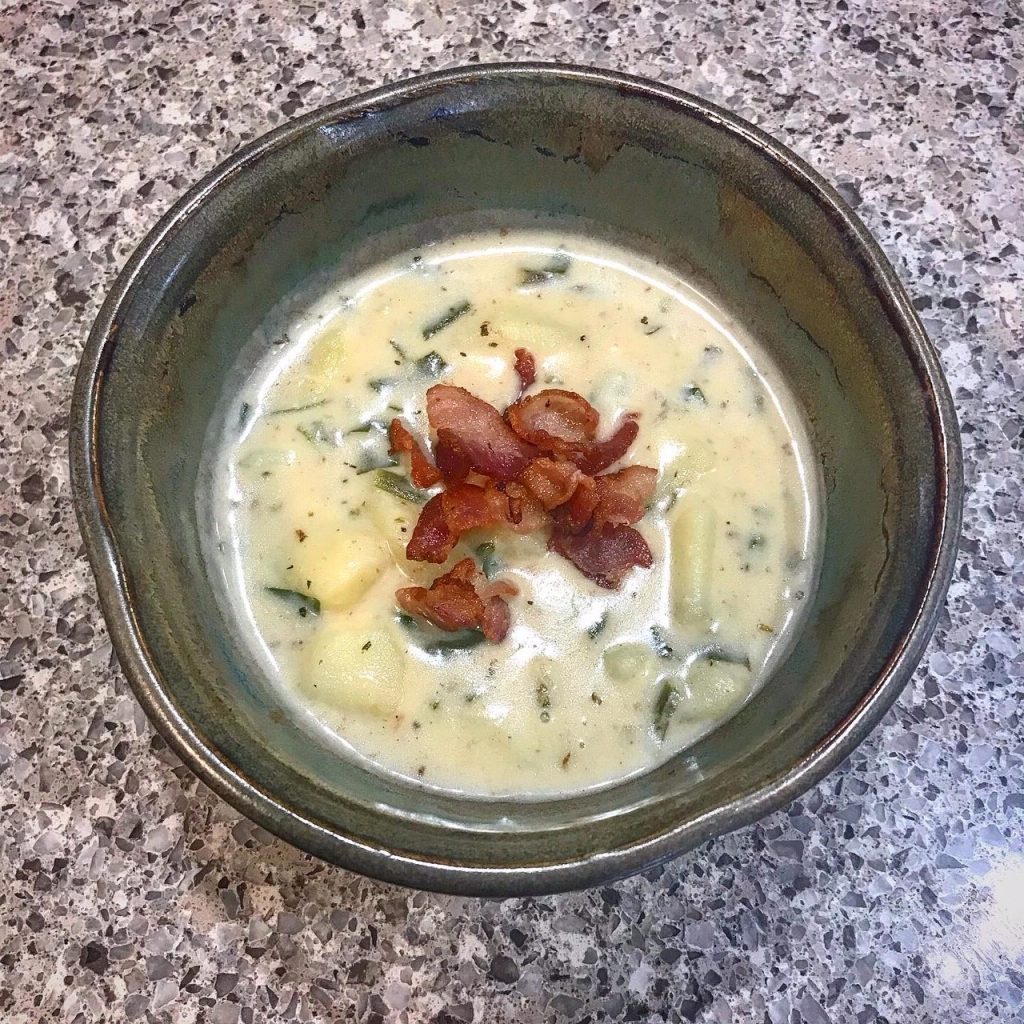 There had been four shots all told, and whomever had fired them had not been sitting too far away me. The startled adrenaline was flowing as I quickly went through the mental mathematics on who it could have been, all the while readying my own rifle in case the deer came running past my stand. 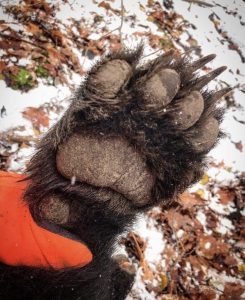 It was a cool and calm November evening, the first we had experienced so far for the 2019 deer season, and I strained my ears for hooves thumping through leaves or the snapping of twigs that happen when fleeing whitetails move fast and heedlessly from danger. The reports had come with the cadence of an autoloading rifle, and that disqualified a few hunters in the group from being responsible, and only two or three hunters would be in the vicinity of where all the action was happening so I had my list of suspects fairly soon.

Calming down in the silent minutes after all the noise and having had nothing sprint through the hardwoods around me, I pulled out my phone and texted the group. No one that responded fessed up, so I went back to my business of peering through the woods as darkness descended around me. Before I even broke out of the woods and into the field surrounding the cabin, I could hear the stories being told.

Someone had seen some shooting, and I hoped to find a deer gutted and in the hanging tree. To my surprise though, we were soon talking about a bear, and the only man in camp holding a tag for one was my dad.

The tale was not without drama, and those details are for another day, but when all was said and done, I was happy for dad to get his bear, but I was most excited for the bear meat. I already had my mind well set on a special type of dish. Now, eating predators gets a bad wrap in some circles, and bears in general get their share of flack. But a truly wild bear, cooked correctly, is a rich and complex meat, and to the non-hunter it is not dissimilar to beef.

I have been fortunate enough to have had slow roasted bear, BBQ pulled bear, and bear burgers, and all were exceptional, and yes all were “beefy”, but they were also all deeper than that. I cannot find the word to exactly do the taste justice but heavy, musty, intense, and rich all come to mind, all with the most positive of meanings. 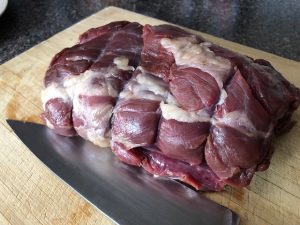 I have always thought that bear stew would be excellent, and I fiddled with Irish Bear Stew or maybe a Bear Brunswick Stew, and those would be excellent choices, but they were just too rough in my mind. As an experiment, I wanted something just slightly more refined, something still rustic but also elegant that would be a way to show that all those bold and concentrated bear flavours could be married with something luxurious and a cut above “stew”.

So, Black Bear Bourguignon became the plan. A once rural preparation of stewed onions mushrooms and beef that had been heightened by French masters, and in place of the beef, we were going to insert the bear. Was it as easy as throwing it in a slow cooker? No. Did it take more than half a day to make? Yes. Am I being a food snob? Maybe. But what matters most was that it was good, in fact it was better than good. It was both objectively and subjectively the best wild game dish I’ve ever eaten. The methodical process, the range of ingredients, and the patience needed all make it worth it, and the taste is something you need to experience to understand.

Shot a bear? Make this. It is worth all the efforts and really the bear deserves no less. 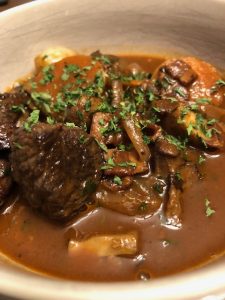 3 cups red wine (authenticity demands Burgundy or Beaujolais, get the real stuff, you won’t regret it)